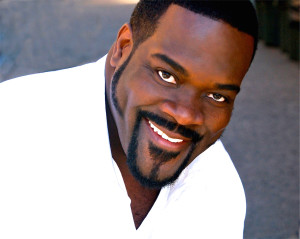 Dr. Moshe Paranov, co-founder of the Hartt School of Music, described Phillip Boykin as follows: “A talented and gifted man with extraordinary charisma and major stage presence that electrifies and captivates audiences.”

Phillip Boykin, a native of Greenville, South Carolina, became involved in many musical activities that helped to enhance his special talents. He began his vocal and theater training at the P. W. Dwight E. Woods Repertory Theater For Youth directed and created by his adopted father the late Dwight E. Woods, The Greenville Fine Arts Center and The South Carolina Governor’s School of the Arts. His exceptional gifts led him to explore the musical worlds of Opera and Musical Theater. His studies in Opera began at South Carolina State College where he was encouraged to audition for the North Carolina School of the Arts to study with the Late, Fredrick Moses. During his rewarding time at this institution, he performed the role of Elder Ott in Susanna and travelled to Germany, France, and Italy as the Bass-Baritone soloist with the North Carolina School For The Arts Orchestra International Music Program.

He transferred to the Hartt School of Music at the University of Hartford, where he earned a Bachelor of Music degree in Vocal Performance. At Hartt, he performed in Recitals, Oratorios, Operas, Scenes, with leading roles, as Tarquinius in “The Rape of Lucretia” and Don Alfonso in “Cosi fan tutte”. He performed as soloist with The Hartt School’s Chorus and Symphony Orchestra at Lincoln Center’s Alice Tully Hall in NY. Some other guest appearances included performances with Connecticut Opera Express, Connecticut Concert Opera, Miami Symphony, Hartford Symphony, Russian National Symphony, Dayton Orchestra, Bristol Symphony, and the Greenville SC Symphony. 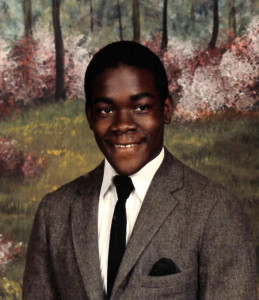 He then studied at Howard University, where he pursued a Master’s degree in Opera and Jazz Vocals. While at Howard, he was a featured soloist with the Howard Singers in Spain, the US Virgin Islands, Washington, D. C., Philadelphia, and throughout a National Tour. Phillip’s performances have taken him to many other prestigious concert venues. He was featured in the annual production of the hand-slapping gospel musical, “Black Nativity” by Langston Hughes. Most of his performances at Howard University were broadcasted on WHU Radio and the University’s television station. Phillip’s passion for working with young people is evident in his involvement with the Washington National Opera Company’s Opera’s Schools Program. This initiative was designed to provide youth with a first-hand look into Opera.

While residing in Cleveland, Ohio, Phillip was a member of the Cleveland Opera’s Associate Artist Roster. He performed roles in Operas Scenes that included Escamillo in “Carmen”, Marcello in “La Boheme”, Herr Eisenstein in “Die Fledermaus”, Don Giovanni and Leporello in “Don Giovanni”, and Scarpia in “Tosca”. In addition, he performed at the Karamu Theater as Orpheus in the musical, “Famous Orpheus”. The Free Times News stated, “The Cast of Famous Orpheus is led by the very talented Phillip Boykin as the title character. His clear, vibrant, multi-octave voice easily lives up to Orpheus’ billing as the ‘famous’ singer.”

He made his New York City Opera Debut as “Inspector Watts” in Stephen Schwartz’s only Opera, “Séance’ On A Wet Afternoon” in which he earned even more great reviews.

International tours have afforded him the opportunity to essay the roles of Crown, Jake, and Jim in “Porgy and Bess” throughout Germany, Portugal, Australia, New Zealand, Japan, Europe, and the United States. He toured with the Golden Gospel Singers as Star of the Show throughout Italy and Germany. He’s toured with the Harlem Gospel Singers as assistant Choir Director in Spain, Italy, and Germany. He also has performed throughout Asia with The New York Harlem Singers, of which he served as a feature baritone soloist. 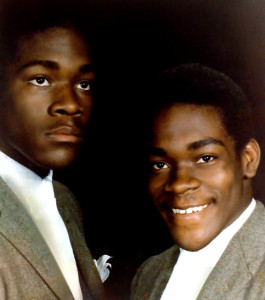 During the National Tour of the dramatic-musical “SHOW BOAT” reviewers acclaimed him in the role of Joe as “Volcanic”, “A Warehouse Bass”, “Magnificent and Breathtaking, Memorable”. Similarly, the staff writer of The Spokane News wrote, “And it’s hard to imagine a voice stronger than that of Phillip Boykin, who sang the best rendition of ‘Ol’ Man River’ that I can remember”.

He made his Broadway Debut as Crown in the 2012 TONY Award Winning Best Revival of a Musical, The Gershwin’s “PORGY AND BESS,” at the Richard Rodgers Theater in NY. P&B stared the six time TONY Award Winner Audra McDonald, TONY and Drama Desk Nominee Norm Lewis and three times TONY Nominee David Alan Grier. Mr. Boykin now joins this list of Broadway stars with his own TONY Award, Drama Desk Award, and an Outer Critic’s Circle Award Nomination. He received the 2012 Theater World Award for his Outstanding Broadway Debut. Some other awards include, two Independent Reviewers of New England Awards, and a Nomination for the Helen Hayes Award for Best Ensemble in Regina Taylor’s “CROWNS” for Arena Stage at Lincoln Theater in DC. Phillip was the Pirate King/Samuel with Master Voices and at Barrington Stage Company in “THE PIRATES OF PENZANCE”. He also received the 2015 Distinguished Alumni Award from his Alma Mater The Hartt School.

Phillip has extended his entertaining beyond the Concert Halls, Theaters Stages and Broadway to the Big Screen and Motion Pictures. He portrayed the character Big Hand in “FREEDOM” stared and executive produced by the Oscar Winner Cuba Gooding Jr. Recently he played Caiaphas in John O’Boyle’s “EASTER MYSTERIES” and The Driver in “TOP FIVE written by and starring the great comedian Chris Rock.

Phillip is happy to join the cast of the revival of the TONY Award winning musical, “ONCE ON THIS ISLAND” as Tonton Julian. Most recently he performed the Boatman in “SUNDY IN THE PARK WITH GEORGE” starring Jake Gyllenhaal and Annaleigh Ashford. After that he made his “BOSTON POPS” conducted by Keith Lockhart and “LA PHILHARMONIC” conducted by the amazing Gustavo Dudamel starring with Vanessa Williams of Miss USA/Ugly Betty, Jessie Tyler Ferguson of Modern Family and Jonathan Groff form of Spring Awakening/Hamilton in “SONDHEIM ON SONDHEIM” at the Hollywood Bowl. He is also the founder, company manager and artistic director of the “NYGOSPEL BROTHERS” with annual holiday tours of Japan.

After teaching Mr. Boykin in an interview, Dr. William Warfield, the late legendary Baritone renowned for his performances in “Show Boat”, Handel’s “Messiah”, and the Opera “Porgy and Bess”, declared, “Phillip has extraordinary gifts and I’m extremely proud to have worked with him.”